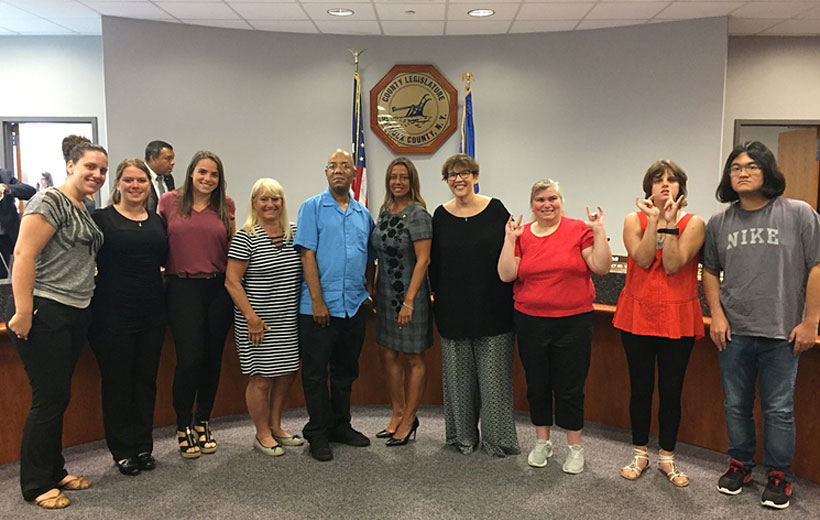 A long overdue bill was passed after months of advocating for the Deaf community to the Nassau County Legislators. Nassau County Executive Laura Curran signed a bill stating that American Sign Language Interpreters shall be provided at all emergency press conferences held in Nassau County.

The bill proposed by Legislator Joshua Lafazan would require an American Sign Language (ASL) interpreter to be present at all Nassau County Government Emergency Situation Press Conferences. During a press conference at the legislature building in Mineola, N.Y., Mill Neck Services Executive Director Loretta Murray, also Deaf, expressed the importance of such a bill.

During Hurricane Sandy, we worked at Mill Neck, and many of our people were texting us and saying, ‘What do I do? Do I stay?’” Murray explained. “In 1990, the Americans with Disabilities Act was passed and that law stipulated that state and local governments were required to provide full and immediate access to communication for all citizens.”

“We must be both empathetic and compassionate as a government,” Lafazan said, “and move towards being inclusive and accommodating of all our citizens regardless of ability.”